My mom (mama saint) always told me, “Kate, God works in mysterious ways.” That just never resonated with me when I was younger. I didn’t understand it.

Until college. I found that when I was at my lowest of lows, just when I didn’t think things could get worse and then they did, finally God (or whomever/whatever you believe in) gave me a silver lining. And it never once came in the way that I had anticipated. It took me awhile to realize that the silver linings that presented themselves were more rewarding than the plan I had initially thought was best for me.

When I was heartbroken, I wasn’t given a new boyfriend to fall in love with. Instead, I was given two new friends who now mean the absolute world to me. I can confidently say that I am going to be friends with these guys until the day that I die. Having someone you can be yourself in front of without any reservation is a true blessing, and I have it with these two. 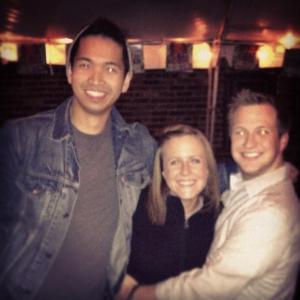 When I was angry at people who hurt me, God didn’t put them in situations that were laughable so that I could have some sort of immediate gratification. Instead, there was light shed on the fact that those people were more similar to me than I was once too stubborn to recognize. It helped me replace hatred for understanding and compassion. My faith was strengthened through that, and trust me when I say that I could never express how happy I am to be on this journey of figuring out what I genuinely believe in.

When I was confused about my career, I wasn’t handed a million dollars, a corner office and a dream job description on a silver platter. Instead, I was challenged with how to make a trying situation rewarding and was blessed to tackle those difficulties with a supportive and understanding group of people. Opportunities opened right and left that made me realize I was in exactly the right place considering the timing of my life and the early stage that my career was in. 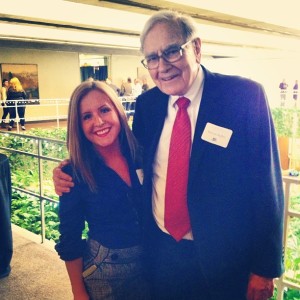 Nothing in my life has ever been handed to me. I only say that because i’m proud of that and i’m grateful for it. The help that I’ve been given in my life has been demonstrated through the faith of loving people who have supported me without hesitation. I’d take that over a check in the mail any day of the week.

I think that after 23 years I am finally accepting the fact that this great plan I have in my head is likely not going to go the way I envision, just like it hasn’t so far. I didn’t fall in love with the dream job that I always thought I would. I won’t marry my college sweetheart who I would have bet a million bucks on a year or so ago. I won’t be able to cheerlead until I’m old and grey. I may never get the chance to live in Chicago.

And I am perfectly happy with that.

Because by my dream job vanishing, I have opened my mind to new and exciting possibilities that I know will push me past my potential. My college sweetheart turning into a mere acquaintance has instilled an excitement in me for the next great love of my life that I only wish I could adequately express in words. Having to stop cheerleading just means that now I have the opportunity to coach a young group of girls who have similar passions to my own. Not living in Chicago right now just means I can live there, or anywhere else in the world, later on. For now, my heart is completely captivated by Buffalo and I want nothing more than to take it by storm.

Don’t you see? When one door closes, another one always opens… or at least a window; heck maybe the curtain just opens up a bit. But more options wait for you after your seemingly ideal scenario vanishes. Not knowing what those new options are is invigorating, empowering, and so unbelievably exhilarating  You just can’t be afraid to take a step into the unknown and trust that you don’t have control over everything that happens in your life; there’s beauty to that mystery if you’re willing to open your eyes and witness it.

One thought on “A beautiful mystery”